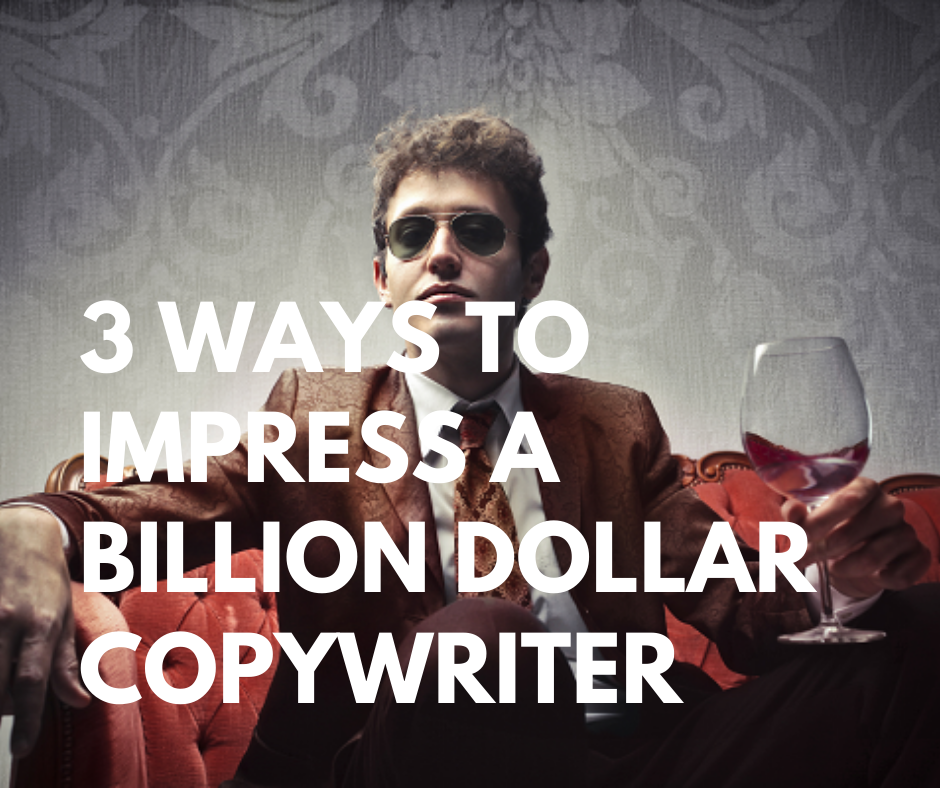 A copywriter whose sales letters bossed the first page of Clickbank…

And he’s the creator of the RMBC Method (which I was banging on about a couple of months ago).

Recently Stefan ran a competition for budding copy scribes to write sales letters for his clients.

One of them was a sales letter for a one-of-a-kind clay mask.

Stefan offered an upfront fee for the five best applicants, and then a bonus for the winning letter.

After opening up a couple of veins to bleed all over my laptop in order to get a 9,000 word sales letter done in 3 weeks…

Yours truly snagged the prize.

Here are three takeaways on how I did it:

1. Sold him on hiring me like I’d sell customers on buying a client’s products

To be selected, I had to write Stefan a cover letter.

Sure, I could have just written about my past copywriting experience, recent successes and dropped in a few testimonials… like you would applying for any gig.

But I knew with a seasoned pro like Stefan, an average cover letter wasn’t going to cut it.

So I went to TOWN, and turned it into a fully fledged sales letter.

And then future pacing what life would be like if Stefan picked me as one of the final five.

And that this was no cookie cutter letter sent out a cold email bombing run.

You can read my cover letter here.

2. Loaded up tons of proof early

The skincare market is SUPER saturated.

Women (and increasingly men) have heard every claim in the book on ‘fading wrinkles’ and ‘reversing the signs of aging’.

Sure, I could make BIGGER claims.

And I did… with claims of skin so soft it was ‘porcelain smooth’.

But I also loaded up the first few pages with ALL the proof I could muster.

The temptation can be to leave some proof elements until later on… as a nice surprise to tip wavering prospects into buyers.

But in super saturated markets…

You don’t have the luxury of hoping people will follow the trail to get to the good stuff.

You’ve got to sweeten the pot early on to draw in readers like bees to honey.

All five selected writers had the same background story to work from.

I had to turn minor details into MAJOR breakthroughs.

This includes the moment our hero collects a friend at the airport and they’re stunned to see the improvement in their skin.

This became my breakthrough moment where our hero realizes they’ve got a super special product on his hands that can change lives.

They’re giddy to be alive.

Due to their ‘patchwork of skin sewn together in the emergency room’.

These sudden shifts in emotion enabled me to slot in mini emotional rollercoasters into the longer story arc.

A letter isn’t finished until it converts

Thanks to these three tactics, this was Stefan’s feedback:

“Matt – great work. We loved your letter and you really just nailed it on so many different levels – from the formatting which was really on point, to the story telling and big ideas.”

While the end client, Andy Hnilo, liked my sales letter too:

“Great work on the lander! Incredible! Thank you!”

And now I’m in for another one.

Because making clients happy is one thing…

But it’s how the market responds that ultimately counts.

So I’ve already offered Andy free updates until we hit our conversion goals.

As it’s results that matter.

Not just pretty words on a page.

4 thoughts on “3 Ways to Impress a Billion Dollar Copywriter”